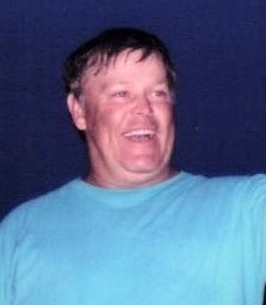 Larry Ellsworth Wilson of Potosi departed this life on January 5th, 2021 at the age of sixty-nine years, seven months, and six days. Larry was born on May 31, 1951 in Potosi, Missouri to the late Elsworth (Chick) and Lora (Ferrell) Wilson.
Larry was married to Kathy (Hawkins) Wilson on November 4, 1972 in Potosi, Missouri. They shared 48 years of marriage, 2 children, and 4 grandchildren.

Larry lived a full and happy life, always working hard and doing his best to make all those around him happy. Using his entrepreneurial spirit and incredible work ethic, he ran successful businesses his entire adult life. In 1975, he opened a gas station, and in 1978 he founded Potosi Basements and Foundations, which is still in operation today. He was incredibly proud of these accomplishments.

Throughout the years, he cared for many, and was always willing to lend a helping hand to anyone in need. Larry knew how to work hard and made sure that those around him learned the importance of working hard as well. In his later years, Larry enjoyed listening to old music, watching old TV shows and spending time with his family - especially his grandchildren - and beloved pets.

Larry enjoyed a long, joyful life surrounded by those who loved him. He was very proud of being a self-made man. His generosity knew no bounds and he had an endless amount of love that he shared. Anyone who knew him would tell you that he loved hugs and never let you leave without saying “I love you.” He will be missed by many.

In keeping with Larry’s generous spirit, the family requests donations be made to the Elks Lodge Backpack Program in lieu of flowers.


Masks will be required to attend the service. Thank You.
To order memorial trees or send flowers to the family in memory of Larry Ellsworth Wilson, please visit our flower store.