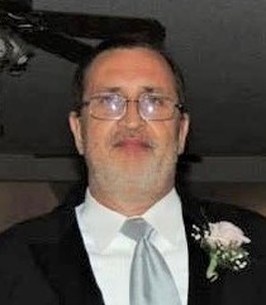 Brian Dean Wilson of Cadet, Missouri was born November 24, 1958 in Valparaiso, Indiana, a son to the late Cecil Wilson and Barbara Jean (Channells) Wilson. Brian departed this life Tuesday, February 9, 2021 having reached the age of 62 years, 2 months and 16 days.
On September 25, 1981, Brian was united in marriage to Mary Lou (Sonsoucie) Wilson and together they happily raised their children and were blessed with many memories.
Brian is survived by his loving wife, Mary Lou; daughter, Gail Kenuan and husband Tilton of De Soto, Missouri; sons, Shaun Wilson and Fiancé Sherry of Cadet, Missouri, Anderson Wilson and Fiancé Tina of Cadet, Missouri, Aaron Wilson and wife Marissa of Dittmer, Missouri; sisters, Dulcia Kemp and husband Danny of De Soto, Missouri, Lori Barker and husband Rex of Farmington, Missouri, Denise Stadler and husband Craig of Springfield, Missouri; brother, Jeff Wilson and wife Diane of Jonesboro Arkansas; grandchildren, Ryan, Chance, Cindi Rose, Cole, Andrew, Andy, Baylee, Jada, Camella and many other relatives and friends.
Brian was a loving father, brother, friend and good friend to all. He proudly served in the United States Army from 1977-1978. If you met him, he was sure to tell you about the word of God. His faith could not be shaken. He was tech savvy and knew how to work on a computer when trouble arose. He always started his day with a cup of coffee and spent his afternoons working around his home, making sure it was well manicured. He loved dogs, shooting guns and playing strategy board games with his family. Family is what was most important to him and he loved them unconditionally. His memory will be cherished by all the lives he touched.

To order memorial trees or send flowers to the family in memory of Brian Dean Wilson, please visit our flower store.