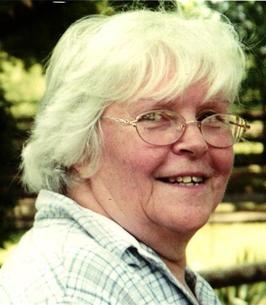 Sharon Ruth Williamson, know to all a Ruthie, was born May 16, 1945 in Mineral Point, Missouri a daughter to the late Floyd Jackson Drennen and Estella (Cain) Drennen. Ruthie departed this life Thursday, July 2, 2020 having reached the age of 75 years, 1 month and 16 days.
On December 1, 1978 Ruthie was united in marriage to the late Ralph “Sonny” Williamson and they were blessed with forty years together.
Ruthie is survived by her daughters, Natalie Knapp and husband Richard of Tennessee, Lisa Morgan of Texas, Kelly Isgriggs and husband Rex of Potosi, Missouri; sons, Jerry “Bud” Rea, Jr. and wife Bev of Potosi, Missouri, Steve Williamson and wife Lisa of Mineral Point, Missouri; two sisters, Peggy Cash and husband Dennis of Potosi, Missouri, Phyllis Scott and husband Marvin “Scottie” of Bismarck, Missouri; brothers, Terry Drennen of Mineral Point, Missouri, Lennus Drennen and wife Debbie of Mineral Point, Missouri; former spouse, Jerry Rea; 17 grandchildren, 31 great grandchildren and many nieces, nephews, other relatives and friends.
In addition to her parents and husband, Ruthie was preceded in death by her daughter, Carolyn Warnke, four brothers, Marvin Drennen, Lee Drennen, Wayne Drennen and infant brother; two sisters, Nadine Rea, Bonnie Drennen; two grandchildren, C.J. Edes and Elizabeth Edes.
Ruthie was a caring person and always put others before herself. She was a devoted member of the New Diggins Church, worked for many years at Brown Shoe and owned the Mineral Point Store. She loved her family with all her heart and she will be greatly missed by all.

To order memorial trees or send flowers to the family in memory of Ruthie Williamson (Drennen), please visit our flower store.