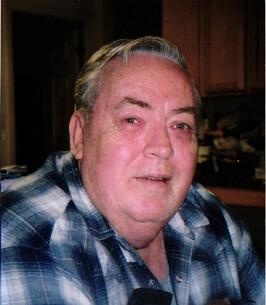 Ralph Everett Williamson, known by all as “Sonny”, was born September 27, 1943 in St. Louis, Missouri a son to the late Rudolph Williamson and Lula H. (Stuart) Williamson. Ralph departed this life Thursday November 28, 2019 having reached the age of 76 years, 2 months and 1 day.
On December 1, 1978 Sonny was united in marriage to Sharon Ruthie Drennen and they were blessed with forty wonderful years together.
Sonny served his Country in the United States Army. He enlisted on September 15, 1964 at Scoot Air Force Base. He served in the Vietnam Era with the Command from Fort Bliss, Texas. Sonny was decorated with the National Defense Service Medal, Expert Rifle, Good Conduct Medal, Basic Missileman Badge, Vietnam Campaign Medal with Device and the Vietnam Service Medal with two Bronze Service Stars. Sonny was officially discharged with an Honorable Discharge on January 12, 1971.
Sonny is survived by his loving wife, Ruthie; three daughters: Natalie Knapp and husband Richard of Tennessee, Lisa Morgan of Texas, Kelly Isgriggs and husband Rex of Potosi, MO; two sons, Steven Williamson and wife Lisa of Mineral Point, Missouri, Jerry Rea and wife Beverly of Potosi, Missouri; two brothers, Elbert Stuart of Mineral Point, MO and Melvin Williamson and wife Peggy of Potosi, MO; seventeen grandchildren, thirty-one great grandchildren and by many other dear and special relatives and friends. In addition to his parents, Sonny was also preceded in death by one daughter, Carolyn Warnke, one brother, Clifford Williamson and two grandchildren, C.J. and Elizabeth.
Sonny loved being in the outdoors and enjoying the many gifts of Mother Nature. He especially enjoyed boating, fishing and camping. He was always ready to have a pinochle game with whoever was ready to play. His greatest joy and the warmth of his heart was his grandkids, each of them held a very dear and special place in his heart.

To order memorial trees or send flowers to the family in memory of Ralph "Sonny" Williamson, please visit our flower store.