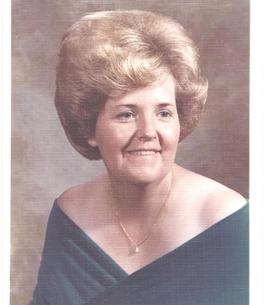 Neoma Ruth Williams was born on September 14, 1943 in Potosi, MO, a daughter of the late Clyde Rex Eye and the late Edna Marie (Harper) Eye. Neoma departed this life on January 22, 2019 at Potosi Manor, having reached the age of seventy-five years, four months and eight days.
Neoma was united in marriage to Harold Leroy Minx on July 9, 1960 who preceded her death on April 9, 1970. Neoma was married to Everette Leroy Williams on February 22, 1971 who also preceded her in death on May 16, 1999.
Neoma is survived by one daughter; Starlet LaChance and husband Eddie Ray of Potosi, MO, one step-daughter; Rhonda Williams of Risco, MO, two sons; Ronnie Minx of Potosi, MO, Ricky Williams of Potosi, MO, one step-son; Thomas Williams of Walnut Grove, MO, two sisters; Katherine Portell of Potosi, MO, Ruby Crocker of Potosi, MO, three grandchildren; Mandy Camden (Steve), Cory Williams, Jessica Williams, two great-grandchildren; Khloe Camden, Reggie Camden, and by many other special nieces, nephews, other relatives and friends. In addition to her parents and husband, Neoma was preceded in death by three brothers; Kenneth Eye, Edward Eye and Wayne Eye.
Neoma loved to spend her time reading and going to the beauty shop. She also liked to go shopping and going to Branson. Neoma greatest joy in life came from her family. Neoma loved her family and all of the time they spent together. Neoma will be deeply missed by all who had known her.


Memorial Donations may be made to
Mercy Hospice
5 Industrial Drive
Crystal City, MO 63019

To order memorial trees or send flowers to the family in memory of Neoma Williams (Eye), please visit our flower store.