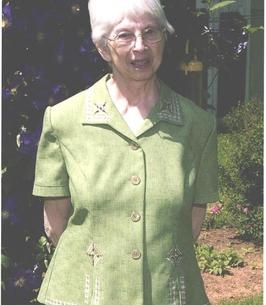 Bonnie Whitney of Potosi, Missouri, was born April 30, 1931, in Linn, Missouri, a daughter of the late Thomas and Inez Mae (Stout) Fisher. Bonnie departed this life December 18, 2018, having reached the age of 87 Years, 7 Months and 18 Days.
Bonnie was united in marriage to Darrell Whitney on June 4, 1953, in Lawton, Oklahoma.
Bonnie is survived by her husband of 65 Years, Darrell Whitney of Potosi, MO, one daughter, Vicki Morgan and husband Kenny of Potosi, MO, one son, Tim Whitney of Potosi, MO, two grandchildren, Hillary Portell and husband Jason of Cadet, MO and Whitney Morgan and Blake Yount of Potosi, MO, six great grandchildren, Hudson, Morgan, Gracie, Braxton, Cameryn and Carsyn. In addition to her parents Bonnie was also preceded in death by one son, Stephen Whitney, one sister, Nancy Haslag and one brother, Thomas Fisher, Jr.
Bonnie was a longtime dedicated member of the Potosi Church of Christ. She was a very dedicated teacher to the Potosi R-3 School District for twenty-eight and a half years. Bonnie retired from teaching in 1991 but continued to guide and mold children after that time. During her time at Potosi School District she taught kindergarten, 4th grade and home economics.
After retiring, she continued to tutor students, substitute teach, volunteer at WCMH, and was a sample demonstrator at Wal-Mart.
Bonnie lived her life for the Lord, being a true example of a sweet, loving Christian woman. She always made time to send cards, visit the sick, and made weekly nursing home visits. She loved her family and took care of her son Stephen, who had cerebral palsy, for 32 years at home. She spent countless hours making scrapbooks for her granddaughters that they will forever cherish.
Bonnie was an avid birdwatcher and especially loved taking care of the hummingbirds that came to visit each year.
She had made the decision years ago to continue her legacy of being an amazing teacher, by donating her body to St. Louis University for research.
She was a wonderful wife, mother, grandmother, and great grandmother and will be truly missed.
To order memorial trees or send flowers to the family in memory of Bonnie Jean Whitney (Fisher), please visit our flower store.