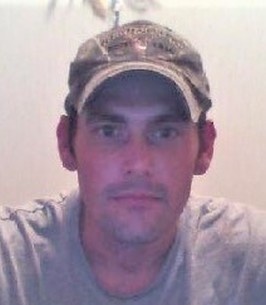 Daniel “Danny” Frank Ward of Cadet, Missouri was born March 4, 1986 in St. Louis, Missouri a son to Donald Ward, Sr. and Brenda (Govro) Thomas. Danny departed this life Thursday, May 7, 2020 having reached the age of 34 years, 2 months and 3 days.
Danny is survived by his mother, Brenda (Ronald) Thomas of Cadet, Missouri; father, Donald (Clara) Ward, Sr. of Joplin, Missouri; three brothers, Donald “Junior” (Amanda) Ward, Jr. of Cadet, Missouri, Mike Govro of Potosi, Missouri, Zach (Bailey) Ward of Neosho, Missouri; one sister, Savanah (John) Rodgers of Neosho, Missouri; paternal grandfather, Hank Ward of Joplin, Missouri and many nieces, nephews other relatives and friends.
Danny was preceded in death by his paternal grandmother, Audrey Ward and his maternal grandparents, Mary and Frank Govro.
Danny was a kind and caring friend. He loved to joke around and have fun. He never met a stranger and greeted everyone with a warm smile. He was always there to lend a hand when needed. Whenever faced with a task he had a solid determination that it will get done and he will do it his way. His fun loving personality, strong will and warm and welcoming smile will be greatly missed by all the lives he touched.

To order memorial trees or send flowers to the family in memory of Daniel "Danny" Ward, please visit our flower store.