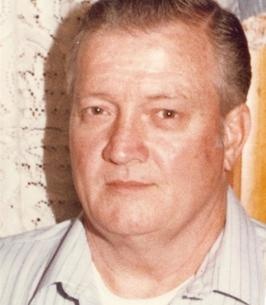 Edward William Vincent of Potosi was born January 6, 1937 in St. Louis, Missouri a son to the late Stephen H. Vincent and Hazel Harriet (Missey) Vincent – McEwen. Edward departed this life Monday, November 22, 2021 having reached the age of 84 years, 10 months and 16 days.
On February 25, 1957, Edward was united in marriage to Maureen (Sturgeon) Vincent and together they happily raised their children and were blessed with 64 years and many wonderful memories.
Edward is survived by his loving and devoted wife of 64 years, Maureen; daughters, Belinda Lawson and husband Edward of Desloge, Missouri, Theresa Thebeau and husband Tony of Desloge; sons, Kelvin Vincent and wife Toni of Mineral Point, William Vincent of Overland, Missouri; sisters, Judy Blanford and husband Gary of Berryman, Missouri, Becky Ballard of Potosi; 8 grandchildren, 11 great grandchildren and many nieces, nephews, other relatives and dear and special friends.
Edward served in the United States Air Force from 1957-1962. For many years he resided in England and moved back to the United States in 1962. He began working as a boilermaker in 1968 and retired at the age of 58. He then worked as a police officer and inspector for the city of Potosi while also doing carpenter work with Mr. Everett Huff. He was a loving family man and always made sure his family was taken care of. He was a dear friend to all and the joyous memories he leaves behind will be a great treasure to those who loved him.

A Graveside Memorial will be held Thursday, December 2, 2021 at 2PM at Redbud Memorial Gardens in Potosi.

To order memorial trees or send flowers to the family in memory of Edward William Vincent, please visit our flower store.