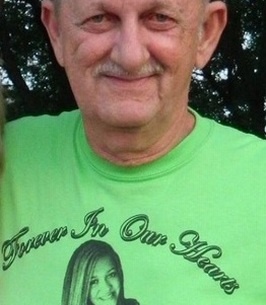 Terry Wayne Tullock of Potosi, Missouri was born October 5, 1953 in Belgrade, Missouri, a son to Shelba Davis and the late Donald Tullock. Terry departed this life Sunday, January 17, 2021 having reached the age of 67 years, 3 months and 12 days.
Terry is survived by his loving mother, Shelba Davis of Jackson, Missouri; daughters, Chrystal Gibson and husband Zac of Hillsboro, Missouri, Brandy Branham and husband Aaron of Potosi, Missouri; sisters, Judy Perry and husband Keith of Farmington, Missouri, Donna Shaver and husband Greg of Jackson, Missouri, Debbie Teruggi of Barrington, Illinois; grandchildren, Kaley Gibson, Faith Gibson, Trenton Gill, McKenna Branham and many nieces, nephews, other relatives and friends.
In addition to his father, Terry was preceded in death by his granddaughter, Natalee Rawe and grandmother, Pearl Robinson.
Terry had a giving heart and always took time to help others, no matter the task. He was an avid outdoorsman and enjoyed many fishing and hunting trips with his friends and family. He loved his metal detector and found many buried treasures. He was a proud and active member of the Caledonia Tryo Lodge #12, having served as past Worshipful Master, and helped with its many activities in the community. The one thing that was most important to him was his family and he loved to spoil his grandchildren. His memory will forever live on in the hearts of those who loved him.

To order memorial trees or send flowers to the family in memory of Terry Wayne Tullock, please visit our flower store.