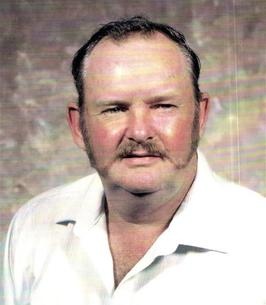 Donald Gene Tullock of Potosi, Missouri was born October 25, 1935 in Belgrade, Missouri, a son to the late Samuel Earl Tullock and Ora (Turner) Tullock. Donald departed this life Thursday, November 12, 2020 having reached the age of 85 years.
Those who remain to mourn his passing are his daughters, Debra Teruggi of Barrington, Illinois, Donna Shaver and husband Greg of Jackson, Missouri, Judy Perry and husband Keith of Farmington, Missouri; son, Terry Tullock of Potosi, Missouri; sister, Ruby Shatley of Jefferson, City, Missouri; seven grandchildren, eight great grandchildren and many nieces, nephews, other relatives and friends.
In addition to his parents, Donald was preceded in death by his brothers, Lindy, Vernon, John Tullock; sisters, Fran Cordia, Fairy Gilliam, Aileen Miller and granddaughter, Natalee Rawe.
Donald was a dear friend to all and never met a stranger. He worked for many years with the railroad and retired. He was a member of the Potosi Elks Lodge #2218 for over 50 years and loved to play cards at the lodge. The outdoors brought him great joy and he loved to fish for Crappie. He will be deeply missed by all who had the pleasure of knowing him.
Due to COVID, only a private gathering by his children was planned. A graveside service was held Monday, November 16, 2020 at the Belgrade United Methodist Cemetery in Belgrade, Missouri.
Memorial donations may be made to the Potosi Elks Lodge #2218 Christmas Charity/ Backpack Program address P.O. Box 177 Potosi, Missouri 63664
To order memorial trees or send flowers to the family in memory of Donald Gene Tullock, please visit our flower store.