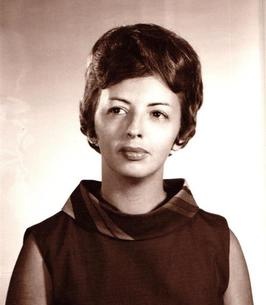 Mary Alice Toney – Mabury of Potosi, Missouri was born January 8, 1937 in Ironton, Missouri, a daughter to the late Richard Toney and Freda (White) Toney. Mary departed this life Sunday, September 27, 2020 having reached the age of 83 years, 8 months and 19 days.
Mary was united in marriage to Doyle Mabury and together they were blessed with two children and dedicated their lives to the education of children.
Mary is survived by her husband, Doyle Mabury; daughter, Tracey Angle and husband Mike of Wentzville, Missouri; son, Scott Mabury (Donna Spreitzer ) of Toronto, Ontario; brother, Tommy Toney of Piedmont, Missouri: four grandchildren, Nikki (Matt) McGarvin of O’Fallon, Missouri, Jenni (Rusty) Sellers of Waterloo, Illinois, Scotia Mabury of San Diego, California, Jacob (Bree) Birch of Wentzville, Missouri; five great grandchildren, Sophia Vassallo, Jackson McGarvin, Tanner Vidacak, Leia Birch, Levi Sellers and many nieces, nephews other relatives and friends.
In addition to her parents, Mary was preceded in death by two brothers, Richard Lee Toney, Donald Toney and her sister, Delores Cobbler
Mary lived a tremendously full life. Graduate of SEMO in 1959 and thereafter an enthusiastic and engaging science teacher and coach, retiring with Gusto in 1992. In the early years she taught in Poplar Bluff, Piedmont, St. Louis, Brosley, with a few years off for motherhood, and then 23 years in Potosi at the middle school. Her coaching was primarily focused on track, both formal school teams and then for many summers, heading up the local Junior Olympic team.
In all her spare time, left over after all the duties of taking care of her family, she applied prodigious effort in a number of hobbies including water skiing, multiple trips every year floating down Ozark Rivers, mostly Black River, and in later years crafting, antiquing of furniture and genealogy. The latter became a passion and involved multiple road trips seeking interesting ancestors with frequent reports “you won’t believe what I discovered!” Mary was formidable and endeavored to live life to the fullest and arguably did manage, sans complaint, “to have it all”.

In lieu of flowers, donations appreciated to the Dementia or Alzheimer’s research societies.

To order memorial trees or send flowers to the family in memory of Mary A. Toney-Mabury, please visit our flower store.