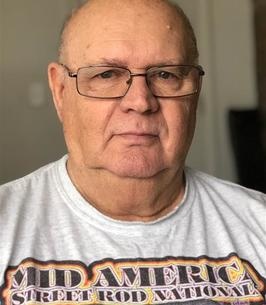 Freddy graduated from Valley Caledonia and enlisted in the US Navy serving from 1963 to 1967 as a PipeFitter E4 on the UA Essex. After the service, Freddy had many jobs including working in body shops, mines, truck driver, and retired as an operator and a member of the International Union of Operating Engineers, AFL, CIO Local 513. Freddy had a love for cars and over the years owned many beautiful classics. He loved restoring and driving them. He was a member of the Nation Hot Rod Association and traveled the US and Canada going to car shows. He made many friends along the way.

A graveside service will be held Saturday, December 12, 2020 at 1PM at the Bellevue Presbyterian Cemetery in Caledonia, Missouri.

To order memorial trees or send flowers to the family in memory of Fredrick Max "Freddy "Max"" Tiefenauer, please visit our flower store.