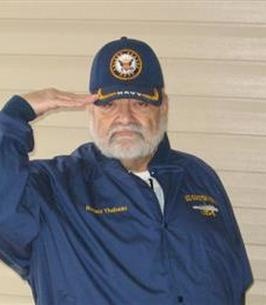 Ronald Wayne Thebeau of Ironton, Missouri was born June 11, 1942 in St. Louis, Missouri a son to the late Elmer L. Thebeau and Cynthia M. (DeClue) Thebeau. Ronald departed this life Wednesday, January 29, 2020 having reached the age of 77 years, 7 months and 18 days.
On April 16, 1966, Ronald was united in Marriage to the late Mary Louise (Smith) Thebeau and they were blessed with 53 years of marriage.
Ronald is survived by his Daughter, Sabrina Thebeau of Potosi, Missouri; Step daughter, Laurie Lewis of Winfield, Missouri; two sons, Donald Thebeau of Potosi, Missouri, Chuck Thebeau and wife Brenda of Potosi, Missouri; sister, Sue Pulley of Truman Arkansas; grandchildren, Desiree Thebeau, Isaiah Thebeau, Joshua Thebeau; step grandchildren, Ruby Smith, Daniel Lewis; three step great grandchildren; best friend of 52 years Ted Gibson and many nieces, nephews other relatives and friends.
In addition to his parents and his loving wife, Ronald was preceded in death by one sister, Carol Ann Thebeau; two brothers, Norman Thebeau, Mark Thebeau; daughter-in-law, Pamela Thebeau and step son-in-law, Paul Lewis.
Ronald was a kind, caring and giving man. He was tech savvy and knew the ins and outs of computers. He was a proud veteran of the United States Navy, serving from 1961-1965, and served with the Fleet Marine Force. He loved his family immensely and enjoyed cooking all types of Italian food, having large barbeques, watching war and western shows and eating ice cream on a stick. Ron and his son Chuck had a lifelong special bond. They always enjoyed spending time together. They shared nicknames of each other, Buzz and Buzz, Jr... Every evening was “Coffee Thirty” at 6:30 to recap on each other’s day. The special bond he had with his family and his love of life will be greatly missed by all he knew.

To order memorial trees or send flowers to the family in memory of Ronald Wayne Thebeau, please visit our flower store.