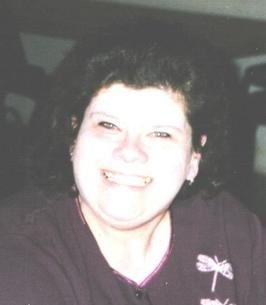 Donna Lynn (Blair) Stringer of Cadet, departed this life at her home on April 2, 2019 at the age of Sixty-one years, two months and twenty-four days. She was born on January 9, 1958 in Farmington, Missouri a daughter of Patricia (Patsy) Ann (Richards) Blair and the late Dorman Dale Blair.
Donna was united in marriage to Richard Stringer on December 22, 2005 in Stoney Point, Missouri after a very long courtship. The courtship and marriage of thirty-five years was one of love and peace for them.
Donna is survived by her loving husband Richard Stringer of Cadet; mother Patricia Ann (Richards) Blair of Potosi; two daughters, Timmarie Bowles and husband Shawn of Belgrade, Deanna Stringer and David Chance of Bonne Terre; two sons, William “Will” Dickey and wife Susie of Potosi, Joshua Stringer and wife Brittany of Cadet; one sister, Judy Vance and husband Jeff of Potosi; six grandchildren, Landon, Lucas, Maddison, Karli, Blake and Brooklyn; very special and dear friends, Randy and Bonnie Baker of Cadet and Ed and Evelyn Morgan of Cadet and by many in-laws, nieces, nephews and many other special relatives and friends.
Donna had a great love for life and was always ready to care for her family. She was a kind and loving wife, mother, daughter and sister who always had the best for them first on her mind. Her grand babies where the light of her life, she always had a smile when they were around. She enjoyed going camping, relaxing at the creek and running to yard sales. She was always ready for a conversation and could often be found talking on the phone with a friend.
She has been a great inspiration to many in her short life. She will be lovingly remembered by all who knew her.

To order memorial trees or send flowers to the family in memory of Donna Lynn Stringer (Blair), please visit our flower store.