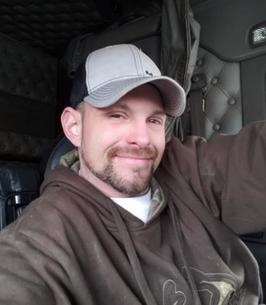 Harold was born Tuesday July 26th 1988 to Frank and Virginia Stinson in Welch, West Virginia. Harold departed this life Tuesday March 12th 2019 in Rock Springs, Wyoming, having reached the age of 30 Years, 7 Months and 16 Days.
Harold was preceded in death by his Father Frank Stinson, Stepdad Dale Davis, and Grandfather Howard Stacy.
Harold is survived by his wife Amber Stinson and two sons Chastin and Avery Stinson, Mother Virginia Davis and Grandmother Elsie Stacy Musick (Shirl), Mother-in-law Anita Martinez, Father-in-law Jerry (Jamie) Martinez, one brother, Brian Stacy (Brian) Hernandez, two brothers-in-law, Joseph Martinez and Josh Weir, one sister-in-law, Mandy Weir, three nephews, Levi, Keki and Aden, two nieces, Tara and Taya, one great nephew, Grayson and several aunts, uncles and cousins.
Harold moved to Missouri in 2006 and from the moment he got here he never met a stranger, he was a friend to all he would meet and would do anything for anyone. Harold loved spending time with his wife and kids they would take frequent trips to the zoo, the city museum, anywhere they could spend time together and something fun to do with the kids. Harold wasn't one to sit around he loved to be outside tinkering with stuff rather it be cleaning the yard, working on something, building something or just playing with the kids (all of them). When it would snow they couldn't wait to get up to their house to go snowboarding and play in the snow with him. He truly was a kid at heart. Harold had many traits, but truck driving was his passion! He enjoyed going to new places and meeting new people and making more friends. Harold will be missed dearly by every one of them.
To order memorial trees or send flowers to the family in memory of Harold E. Stinson, please visit our flower store.