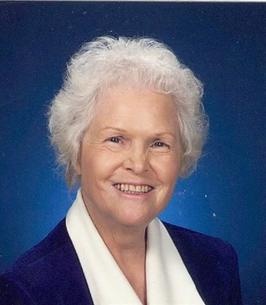 Ruby I. Smith received her wings and went home to her Heavenly Father on September 17, 2020 at the age of 88 years, 5 months and 23 days. She was born on March 25, 1932 in Potosi, Missouri to the late Boss and Maude Skiles. She was raised with 3 lively brothers who loved to hunt, fish, play ball and pick on their feisty little sister. She knew at an early age that education was important, working several jobs to pay for her clothes and books. She obtained not only a high school diploma but in later life an associates college degree from MAC in Flat River.
In 1950, she married the love of her life Bill Smith for what would have been 70 years on September 23. Ruby and Bill were blessed to have 2 children born to that union.
After Bill returned from service during the Korean War, Ruby and Bill purchased the farm on Walton Creek and began the business of raising 2 children, serving the Lord in church, working in Sunday school and training union, contributing to the community through 4-H clubs and supporting school activities. Ruby also worked off the farm and healthcare, Head Start, the Welfare Office and 20 years at the Social Security Office, where she retired in 1994
Ruby was an avid lifelong “fisher woman”! After retirement, they spent many years fishing and camping at Truman Lake providing her family and friends with Crappie and Catfish.
She loved her grandchildren very much, supporting their efforts in all their school activities and sports. Everyone knew Grandma Ruby was in the stands with her loud enthusiastic cheers!
During her last few years, she loved riding around the farm on the side by side and four wheelers, checking on the cows, picking wildflowers and looking for deer, turkeys and mushrooms.
Ruby is survived by her husband, Bill Smith; two children, Judy Taylor and husband Lonnie of Bismarck, Missouri, Danny Smith and wife Lisa of Potosi, Missouri: grandchildren, Jonathan Gallaher and wife Kathy of Doe Run, Missouri, Nicole Bennett and husband Eric from St. Genevieve, Missouri, Shanna Sloan and husband Charles of O’Fallon, Missouri, Cheyenne Smith of Potosi, Missouri, Dakota Smith of Potosi, Missouri, three great grandchildren, Adrianna, Eli and Duncan, as well as a number of other relatives and close friends.
She was preceded in death by her parents, Frank “Boss” and Maude Skiles and her three brothers, Francis, Floyd and Edward Skiles.
The family wishes to thank all of those who cared for her during her last days and invite you to a celebration of her life on the farm with a graveside service that will be held at the Hopewell Cemetery.
Memorial donations may be made to the First Baptist Church of Bismarck for Operation Christmas Child Shoe Box project. Please bring your memories stories and a lawn chair and join us as we celebrate a life well lived.

To order memorial trees or send flowers to the family in memory of Ruby Irene Smith (Skiles), please visit our flower store.