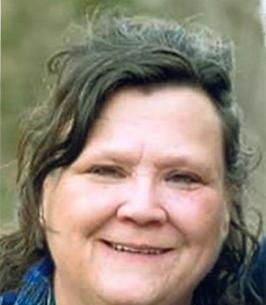 Kimberly Ann (Skiles) Smith of Bismarck was born August 15, 1966 in Potosi, a daughter to Kathleen Ann (Ross) Reary and the late Ronnie Edward Skiles. Kimberly departed this life Monday, August 2, 2021 having reached the age of 54 years, 11 months and 18 days.
On January 26, 2001, Kimberly was united in marriage to the late Glen “Sweetheart” Smith. They shared many years and memories prior to and after their marriage.
Kimberly is survived by her loving mother, Kathleen Reary and husband Jim of Washington, Missouri; loving father, Lennus Drennen, Sr. and wife Debby of Cadet, Missouri; daughter, Catherine Guittar and husband Nick of Arcadia, bonus daughter, Sasha Faries and husband Billy of Ironton, son, Garrett Skiles of Arcadia; sisters, Abbie Drennen and Cliff of Bloomfield, Missouri, Chrissy Roark and husband Terry of Caledonia, Missouri; brothers, Lennus Drennen, Jr, and wife Jenny of Farmington, Missouri, Larry Drennen and wife Kristin of Union, Missouri, Gary Drennen of Florissant, Missouri, Jesse Eckhoff and Lindsey of Cadet, Missouri, Clayton Martin and wife Katie of St. Clair, Missouri; grandchildren, Gunner, James, Brody, Bryant, MiKayla, Raymond, Gracey, Nevaeh and Rayonna. God son, Jackson Beers; special friends, Janiece Vandergriff, Joyce Ketcherside, Michelle Reinert and many nieces, nephews, other relatives and dear and special friends.
In addition to her father and husband, Kimberly was preceded in death by her sister, Kerri Drennen and brothers, Matt and James Reary.
Kimberly had a heart of gold and would drop whatever she was doing to help someone, no matter the task. She loved people and dedicated her time taking care of others. She babysat the Huck children and shared a special bond and they became family to her. She loved to cook for people and was well known as the local soup kitchen. She was a collector of many things, particularly Coca Cola and traveled to different swap meets and yard sales looking for treasures. She loved to spoil her grandchildren and she loved her family with her whole heart. Her memory will be treasured by all who had the privilege of knowing her.

To order memorial trees or send flowers to the family in memory of Kimberly Ann Smith (Skiles), please visit our flower store.