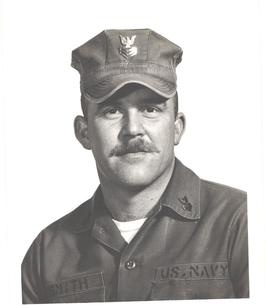 John C. Smith of Potosi, Missouri departed this life at his home, surrounded by his loving family on Friday, December 28, 2018. John was born July 10, 1947 in St. Louis, Missouri a son of the late John James Smith and the late Mary Lorraine (Graham) Smith. John was Seventy-one years, Eight months and Eighteen days.
John was united in marriage to Kathleen “Kathy” Smith on February 26, 1983 in Ventura, California.
John is survived by his loving wife Kathleen A. Smith of Potosi; two sons, John B. Smith and his wife Leah of Mineral Point, GySgt Adam Smith and his wife Brandy of Hubert, North Carolina; one sister, Linda Gillam of Farmington; two brothers, Daniel Smith of West Plains, Paul Smith and his wife Beth of St. Charles; sister-in-law, Sharon Smith of St. Ann; three grandchildren, Cody M. Smith of Mineral Point, Sean C. Smith and his wife Taylor of Park Hills and Landen K. Smith of Hubert, North Carolina and by many other dear and special relatives and many friends. In addition to his parents, John was also preceded in death by one brother, Robert Smith.
John was dedicated to his family and his country. John had served in the United States Navy and the Missouri National Guard. He was Honorably Discharged and retired on September 1996. He was a member of the Cordia Humphry American Legion, a Missouri Civil War Re-Enactors Association, NRA, USCCA and the Harley Owners Group (HOG). John graduated with a Bachelor of Science degree in Criminal Justice in 1981 from the La Verne University. After serving his country, John continued to protect the people of this country in Law Enforcement. He worked as an Officer for Oxnard Police Department, Oxnard, California, the State of Missouri Probation and Parole as a Probation Officer and the Washington County Sheriff Department as a Detective.
In lieu of florals, the family has requested memorials in John’s Honor and Memory, to The Backstoppers, Inc. or the Wounded Warriors Project.

To order memorial trees or send flowers to the family in memory of John Curtiss Smith, please visit our flower store.