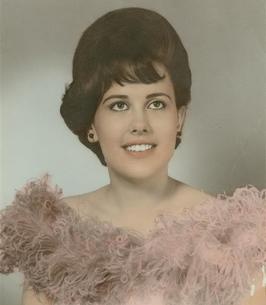 Derhonda Faye (Owens) Smith of Potosi, Missouri was born August 25, 1949 in Belgrade, Missouri a daughter to the late Fred Dewey Owens and Myrtle Lee (Goodson) Owens. Derhonda departed this life Tuesday, January 26, 2021 having reached the age of 71 years, 5 months and 1 day.
On October 5, 1979, Derhonda was united in marriage to the late Jackie “Jack” Smith and together they happily raised their children and shared many wonderful memories together.
Derhonda is survived by her daughters, Elizabeth McClain and husband Michael of Caledonia, Missouri, Kimberly Whitney and husband Gary of Hillsboro, Missouri, Erica Smith (Scott Blair) of Potosi, Missouri; son, Kevin Smith of Chicago, Illinois; sister, Juanita Barber and husband Junior of Willis, Michigan; Darlene Gallaher of Potosi, Missouri, Karen Lawson and husband Glen of Potosi, Missouri; six grandchildren, Stephanie, Ryan, Alexis, Jack, Landon, Mya, Sophia; great grandson, Weston; special niece, Hannah McClain and many other nieces, nephews, other relatives, and friends.
In addition to her parents and loving husband, Derhonda was preceded in death by her son, Stephen Smith; sisters, Helen Ives, Ethel Burch, Hilda Owens, Hazel Barth and brother, Samuel Owens.
Derhonda always saw the best in people and lived life to its fullest. Out of the kindness of her heart, she always took care of others and greeted everyone with a warm and welcoming smile. She loved to go on vacations and see new and exciting places with her family. She did not like to sit still. She enjoyed working around her home, taking care of her beautiful garden, and crocheting gifts for her family. Her family was very precious to her and she cherished the time she spent with them. She was a loving mother, wife, daughter and friend. Her memory will be cherished by all the lives she touched.

To order memorial trees or send flowers to the family in memory of Derhonda Faye Smith (Owens), please visit our flower store.