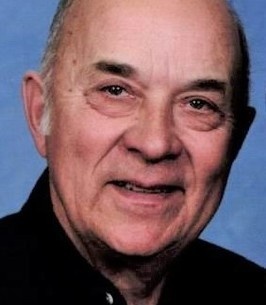 James Lambert Simpson of Potosi, Missouri was born January 11, 1934 in Potosi, Missouri, a son to the late William McKinley Simpson and Mildred Elva (Tillson) Simpson. James departed this life Sunday, July 19, 2020 having reached the age of 86 years, 6 months and 8 days.
On August 11, 1961, in Siloam, Arkansas, James was united in marriage to Patricia (Johnston) Simpson and they were blessed with fifty- eight years and many wonderful memories together.
James is survived by his loving wife, Patricia; daughters, Laurie Franklin and husband Bruce of Potosi, Missouri, Angela Trottman and husband Gerald of Hendersonville, Tennessee; grandchildren, Nicholas (Sarah) Franklin, Audrey (Cornelius) Perry, Paige (Jae) Paulsen, Amber Trottman, Timothy Trottman; great grandchildren, Bella Frierdich, Jude Paulsen, Luca James Perry and baby Axel James Franklin, coming soon.
In addition to his parents, James was preceded in death by three brothers, Willis (Rose Mary) Simpson, Robert (Beverly) Simpson and Roland Simpson.
James was a pillar of the community and loved the people in it. He was the president of the Washington County Wildlife Association for fifty years and also served on the All School Reunion committee. He was a devoted member of the First Baptist Church in Potosi, having served sixty years as the church music director and fifty years as the church office clerk. James received his Bachelor’s degree in Education and Master of Arts degree in Counseling from Southeast Missouri State University. He taught English and was the Junior High Counselor for the Potosi R3 School District for thirty years. He was an active Boy Scout and was awarded the Eagle Scout Honor. He loved Mother Nature and took many hunting and fishing trips with friends and family. Halloween was his favorite time of year and he constructed a spook house in his garage for trick-or-treaters. He will be greatly missed by not only his family but the community he proudly served.

To order memorial trees or send flowers to the family in memory of James Simpson, please visit our flower store.