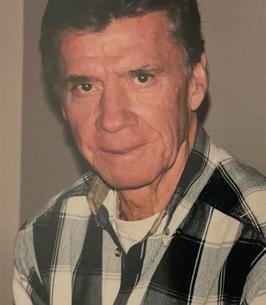 Jimmy “Jim” Dale Sheppard of Potosi, Missouri was born September 8, 1933, in Potosi, Missouri, a son to the late Orville Sheppard and Daphna (Gilliam) Sheppard. Jimmy departed this life Tuesday, October 26, 2021, having reached the age of 88 years, 1 month and 18 days.
Jimmy is survived by his loving wife, Marcella (Heifner) Sheppard of Potosi; daughters, Tracey Sheppard and fiancé Thomas Brown of Steelville, Missouri, Elizabeth Neilson and husband Louis of Salem, Missouri; son, Rick Sheppard and wife Betty of Lebanon, Missouri; sister, Lorene Pankey of Potosi, Missouri; grandchildren: Ryan and Joey Banta, Doug, Dustin and David Carver, DeAnna Connell, Joshua, Sam, Rickey, Reuben and Billy Sheppard; many great grandchildren, nieces, nephews, other relatives, and friends.
In addition to his parents, Jimmy was preceded in death by his sons, Scott Sheppard and Jeffrey Fincher; grandson, Joshua Sheppard; sister, Marjorie Wells; nephew Marshall Wells.
Jimmy had a passion for physical fitness and inspired many in the community. He served in the United States Army from 1954-1956 and was awarded the National Defense Service Medal. He attended the Full Gospel Church with his sister every Sunday and enjoyed listening to gospel music. He worked for Chrysler for 29 years and after his retirement he volunteered at the Sayers Senior Center, loved participating in their walk-a thon’s and was the caretaker for the local Post Office. He took great pride in landscaping his yard and frequently enjoyed going for walks and runs around his neighborhood. He also had a passion for Missouri Tigers football and attended several games with one of his dearest friends. His kind and generous heart will be deeply missed by all who knew and loved him.
A Graveside Memorial Service will be held Saturday, November 6, at 2PM at Sunset Hill Cemetery in Potosi.

To order memorial trees or send flowers to the family in memory of Jimmy Dale Sheppard, please visit our flower store.