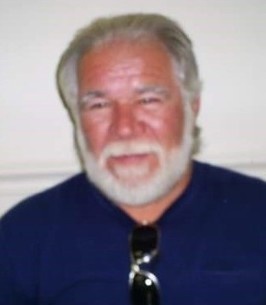 Donald “Don” Fat Boy” Ross of Cadet, Missouri was born October 9, 1952 in Cadet, Missouri a son to the late Howard “Rowdy” Ross and Bertha (Robart) Ross. Don departed this life Saturday, September 5, 2020 having reached the age of 67 years, 10 months and 27 days.
On April 7, 2001 Don was united in marriage to Brenda (Gibson) Ross and they shared nineteen wonderful years together.
Don is survived by his wife, Brenda; daughter, Jeannie Wisdom and husband Joe of Potosi, Missouri; sons, Greg Ross of Sabina, Ohio, Justin Ross of Loveland, Colorado; sisters, Mary Bourbon of Cape Girardeau, Missouri, Monica Boyer and husband Bernie of Old Mines, Missouri; brothers, Dennis Ross and wife Dottie of Nashville, Tennessee, Robert Ross and wife Linda of Cadet, Missouri, Tom Ross and wife Cheryl of Potosi, Missouri; sister- in-law, Chris Merseal of Potosi, Missouri; five grandchildren: Kathleen Wisdom, Victoria Wisdom, Julie Wisdom, Lydia Ross, Vincent Ross; special friends, Ralph and Louise Miller and many nieces, nephews, other relatives and friends.
In addition to his parents, Don was preceded in death by his sister, Margaret “Bugsie” Ross; brothers-in-law, Don Bourbon and Bill Merseal.
Don was a genuine friend, who loved people unconditionally. No matter what someone was going through he took the time to listen and give a word of encouragement or advice. His family was his rock and he loved his grandchildren with all his heart. His memory will be cherish by all who had the privilege to know him.
Memorial visitation will be held Saturday, September 12, 2020 from 11AM-1PM at the Potosi United Methodist Church.
A Celebration of Life will be Saturday, September 12, 2020 at 1PM at Potosi United Methodist Church with fellowship to follow in the church basement.

To order memorial trees or send flowers to the family in memory of Donald "Don" "Fat Boy" Ross, please visit our flower store.