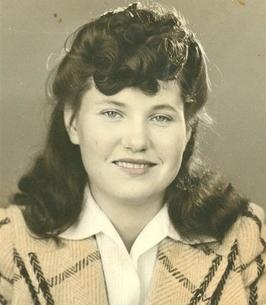 Evelyn Pratt, age 97 of Cadet, MO passed away on March 8, 2020 at Delmar Gardens in Fenton, MO. Evelyn was born on October 20, 1922 in Leadwood, MO, a daughter of Joseph and Estelle (Womack) Seabourne.
Evelyn is survived by her children: Saundra (Ed) Sampson of Fenton, MO; Ronnie Pratt of Bonne Terre, MO; Richard Pratt of Cadet, MO; Daughter-in-law Paulette (Jess) Pratt-Pickett of Cadet, MO; grandchildren: Timothy (Andrea) Sampson, Kimberly (Steve) Wyatt, Talbot (Nadia) Pratt, Jared (Jennifer) Pratt, Jennifer (Don) Pratt; six great-grandchildren; and, one sister Barbara Seabourne of St. Louis, MO.
She was preceded in death by her husband, Burnham Pratt, her son Dennis Pratt, her daughter Sheila Pratt, her parents, her two brothers Gerald Seabourne and Doug Seabourne and her step-brother Roy Seabourne.
Evelyn and Burnham were married on November 27, 1943 on the Army Base in Tullahoma, Tennessee. When Burnham was deployed to the Philippine Islands, Evelyn returned home to Leadwood, MO. After the war, Evelyn and Burnham purchased a home in Cadet, MO where they raised their family and lived their entire married life together. Two years after Burnham passed away, Evelyn spent the final year of her life living with her daughter and daughter-in-law.
Evelyn was a member of St. Joachim Catholic Church in Old Mines, MO. Evelyn and Burnham had five children, the youngest, Sheila, who was born down syndrome. Evelyn devoted her life to taking care of Shelia. She worked in the A.R.C. as the Treasurer. She was an officer of the Ladies Auxiliary of the Knights of Columbus in Cadet, MO. She spent many hours on Tootsie Roll drives and other activities that benefited Sheila and others; and, she volunteered several hours working in the kitchen at the K.C. Hall for bingos, chicken frys and funerals to name a few.
She received the award for Best Short Hand Student in High School. She would spend time sitting by the radio, writing the lyrics to songs that Burnham enjoyed in shorthand, and would then translate the shorthand so that Burnham could sing the lyrics of his favorite songs while playing the guitar.
Evelyn loved working in her yard, cutting grass, raking leaves, tending to her beautiful roses and playing with her dog. Evelyn loved going on vacations with her family. She loved to travel. She enjoyed her trips to Myrtle Beach, Disney, California, Florida and Branson. She loved going fishing at Lake Wappapello and the Lake of the Ozarks. She had a very special relationship with her two great-grandchildren Nick and Gabby Wyatt; love given, and love returned.
She was a devoted wife and a wonderful mother, grandmother and great-grandmother. She was a kind, gentle and loving person who will be missed forever and will always be deeply loved.
To order memorial trees or send flowers to the family in memory of Evelyn Pratt (Seabourne), please visit our flower store.