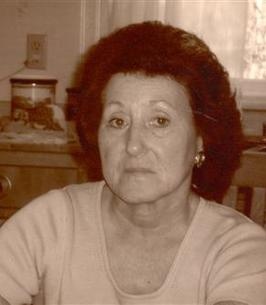 Teresa Bermeda Portell of Cadet was born October 15, 1938 in Cadet a daughter to the late Clyde Lawson and Mary Lorene (Portell) Lawson. Teresa departed this life Wednesday June 23, 2021 having reached the age of 82 years, 8 months and 8 days.
On February 2, 1956, Teresa was united in marriage to the late James R. Lawson and together they happily raised their children and were blessed with many years.
Teresa is survived by her daughters, Debbie Jacobsen of Cadet, Donna Tallis and husband Pat of Cadet; sons, Robert Portell and wife Christine of Cadet, Timothy Portell and wife Kathaleen of Cadet; brother, Michael Lawson and wife Judith of Cadet; brothers-in-law, Charles Portell and wife Phyllis of Potosi, Francis “Bunny” Portell of Potosi, Randy Portell of Farmington; 11 grandchildren, 21 great grandchildren and many nieces, nephews, other relatives and friends.
In addition to her parents and loving husband, Teresa was preceded in death by her sister, Mary Politte; sister-in-law, Maxine Battreal; brothers-in-law, Donald Portell and Stanly “Spec” Portell.
Teresa was a loving mother, sister and grandmother. She had a solid faith in Christ her Savior and was a member of the St. Joachim Catholic Church. She loved to be alone with Jesus and pray the Rosary. Her love, kindness and example of faith will be cherished by all who loved her.
To order memorial trees or send flowers to the family in memory of Teresa Bermeda Portell (Lawson), please visit our flower store.