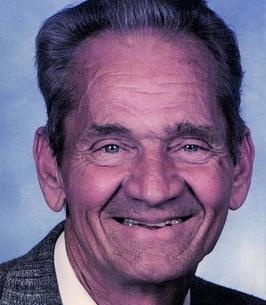 Bob Portell of Cadet was born August 7, 1939. He was a son to the late Nelson Portell and Dora (Barnes) Portell. Bob departed this life Friday, August 20, 2021 having reached the age of 82 years and 13 days.
On March 5, 1957, Bob was united in marriage to the late Alice Mae (Price) Portell and together they happily raised their children and were blessed with many years.
Bob is survived by his son; Bobby Portell, Jr. and wife Tammy of Mineral Point; sisters, Nancy Wilson of North Carolina, Marcella Miller and husband Lynn of Fenton, Marcia Adams and husband Dale of Mineral Point; brother, Melvin Portell and wife Charlotte of Cadet and many grandchildren.
In addition to his parents and his loving wife, Bob was proceeded in death by his children; Donna Voelker, Mark Portell and Michael Portell; grandson, Steven Hill; sister, Myra Welch and brother, Jesse “Bucky” Portell.
Bob was a member of the Potosi Southern Baptist Church and was firm in his faith and love for his Savior. He cherished spending time with his family, and his grandchildren. He enjoyed having family outings. He was an avid fisherman. He enjoyed tinkering with and restoring old cars, models A’s and T’s and doing mechanical work. He will always be remembered for being generous in everyone’s life he touched. He will be deeply missed by all who knew him.
To order memorial trees or send flowers to the family in memory of Bob Nelson Portell, please visit our flower store.