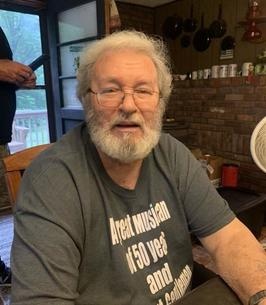 David Wayne Politte, known by all as Wayne, was born August 29, 1938 in Cadet, a son to the late Andrew Politte and Genevieve Gladys (Whitter) Politte. Wayne departed this life Friday, August 20, 2021 having reached the age of 82 years, 11 months and 22 days.
On September 17, 1960, Wayne was united in marriage to Rose (Boyer) Politte and they happily raised their children, shared sixty years and many precious memories together.
Wayne is survived by his loving wife, Rose; daughters, Sandy Leigh of Park Hills, Paula Vance and husband Jerry of Potosi, Laurie Wright and husband Brad of Potosi, Connie Coleman and husband Paul of Cadet; sisters, Deanna Luther and husband Bob of Cadet, Judy Politte of De Soto, Terry Lomax and husband Sam of High Ridge, Bobbie Osia and husband Glen of Cadet; brothers, Darrell Politte and wife Pat of High Ridge, Carl Politte and wife Shelly of Fenton; grandchildren, Tera Dickey, Brandon (Jessica) Leigh, Derek (Todd) Wright, Bradley Wright and fiancé Kallie, Dustin Coleman and fiancé Jacie, Haley (Joey) Lewandowski, Morgan (Gracie) Coleman; great grandchildren, Bryson, Colt, Rylan, Myles, Kyeson, Grayson, Addison; sisters-in-law, Linda Politte of Cadet, Barbara Politte of Cadet, Rita Politte of Cadet and many nieces, nephews, other relatives and dear and special friends.
In addition to his parents, Wayne was preceded in death by his brothers, Ronnie “Brazz”, Larry, Curtis, Victor, and Kenny “Skinner” Politte.
Wayne was a loving family man and a gifted musician. Throughout his life, he loved to play music and entertain people. He also loved to teach others how to play the guitar and sing. In addition to his musical talent, he loved to draw and sketched many beautiful pieces of art. Above everything else, his family is what was most important to him. He was a loving husband, father, grandfather, and a genuine friend to all. His music, stories and loving legacy will be a treasure that will be kept in the hearts of those who loved him.

To order memorial trees or send flowers to the family in memory of Wayne Politte, please visit our flower store.