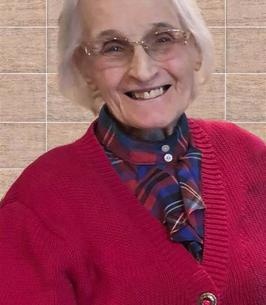 Zelma Ruth Pierce was born to Frank and Ruth Kinney on February 12, 1931 in Michigan, and was joined two years later by her sister Mildred (Millie). The girls enjoyed a loving home filled with family, friends, travel, and learning. Their father was a career educator, and mother an adventurous and caring homemaker. The family traveled extensively in the summers, and Zelma and her sister spent high school summers picking cherries in northern Michigan. After graduating high school, Zelma took bookkeeping classes before being swept off her feet by Carl Pierce from Missouri, the handsome and fun-loving cousin of a close friend. Together, Zelma and Carl shared a love of photography and a rich life building a family while Carl served in the Navy, earned a college degree in Agricultural Science, and built a respected career in federal and state soil conservation. Together they held various church leadership roles, were active school and community members, and raised four rambunctious children (and a few of their grandchildren as well) to be upstanding citizens who were taught to love and honor God. Education, service to others, and family ties were paramount in the family and Zelma spent a good deal of time writing letters and keeping in touch with many she held dear. She was a meticulous bookkeeper and loved cataloging photos and sharing letters and memorabilia with family and friends. Serving around the state of Missouri in Pike, Shelby, and Dekalb Counties, the family mostly referred to Carl’s home area in rural Belgrade as “home” for their 61 years together in Missouri. Zelma always stood out in the quiet background, totally invested in the lives and interests of family and friends. She had an infectious and unforgettable smile that revealed her sincere interest and affection for the people in her life. Zelma would always choose an intimate conversation over anything and her magnificent and lingering hugs will be missed by all.

Zelma Ruth Pierce professed belief and became a follower of the Lord Jesus Christ as a teenager, and completed her transition to the Lord’s heavenly care on Thursday, September 23, 2021, at her daughter Ruthann’s home where she had lived the past 17 months. Zelma was preceded in death by her parents, her sister, Millie Meida, her husband Carl, their son Tom, grandson Matthew, and son-in-law Terry vonThun. Survivors include her brother-in-law Frank Meida of Michigan; three children, Carolyn vonThun of Farmington, John (& Karen) Pierce of Shelby County, and Ruthann (& Scott) Williams of Holden. Twelve grandchildren remaining are, Troy, Travis, Tammy and Timothy; Rebecca, Sarah and Jennifer; Tiffany and Cody; and John H., Andrew, and Tressie (Alex); and 31 great grandchildren and counting.

Carl and Zelma were long time friends and members of the Caledonia and Belgrade Methodist churches and the family would therefore request that, in lieu of flowers, memorial contributions would be directed to the Methodist cemetery at Caledonia. Thank you for honoring them in this way.

To order memorial trees or send flowers to the family in memory of Zelma Ruth Pierce (Kinney), please visit our flower store.