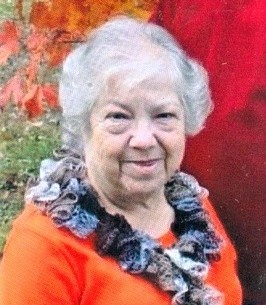 Doris Irene Phipps of Potosi was born May 28, 1947 in Bismarck, Missouri, a daughter to the late William Layton and Irene Bernice (Gibson) Hedrick. Doris departed this life Monday, September 6, 2021 having reached the age of 74 years, 3 months and 9 days.
On March 27, 1965 Doris was united in marriage to the late Virgil “Lee” Phipps and they were blessed with 52 years and many wonderful memories together. Lee preceded Doris in death on July 28, 2017.
Doris is survived by her daughter, Christina Bishop and husband Rickey of Potosi; son, Brian Phipps and wife Becky of Potosi; sister, Mary Licklider of St. Genevieve, Missouri; brothers -in- law, Jerry Phipps and wife Debbie of Potosi, Billy Phipps and wife Rita of Potosi; grandchildren, Vickie (Nathan) Boyer, Nickie (Caleb) Henry, Garrett Phipps, Amber Bishop, Larisa (Conner) Phipps, T.J. (Hanna) Sero, Dustin (Heather) Sero; great grandchildren, Evelyn Boyer, Troy Phipps, Jaxon Phipps, Iris Boyer, Sophia Sero, Abella Sero, Preston Javis and a host of nieces, nephews, friends adopted grandchildren from camp and friends that each of us brought to her.
In addition to her parents and loving husband, Doris was preceded in death by her mother-in-law, Sally Coaley; sisters, Willa Jean Devine, Anna Marie Jordan and brothers, Harold William Layton and Lester Edgar Layton.
Doris dedicated her life to serving others and was involved with many organizations. She organized the Shirley Pathfinders 4-H Club and was president of the Washington County 4-H Council. During her presidency with the council, she attended the first state 4-H convention in Columbia, Missouri and chaperoned 1,308 teenagers for 3 days. She worked for Walmart and U Save Mart for many years but her most well-known work was her cooking. She was honored to make a cake for Donnie Osmond when he made an appearance at a Children’s Miracle Network fundraiser. For almost 40 years she ran a successful baking business out of her home and cooked for Church Camps, Steelville Meramec Retreat Center, catered for several weddings, Potosi Fire and Ambulance district Christmas parties and for Shirley School. She was a loving, mother, wife, sister, grandmother and special friend to all she met. She will be deeply missed by those who had the privilege of knowing her.

To order memorial trees or send flowers to the family in memory of Doris Irene Phipps (Layton), please visit our flower store.