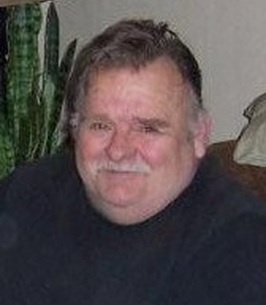 John Moreland of Belgrade, Missouri, was born December 30, 1948, in St. Louis, Missouri, a son of the late William Ray and Jean Marie (Anderlan) Moreland. John departed this life Thursday, May 16, 2019, at his residence, having reached the age of 70 Years, 4 Months and 16 Days.
John is survived by his companion of 36 years, Hattie Faye Edburg of Belgrade, MO, three daughters, Cindy Edburg of St. Louis, MO, Lisa Moreland of St. Louis, MO, Traci Moreland of Cedar Hill, MO, three sons, Eric Edburg of Belgrade, MO, Bill Edburg of Farmington, MO, David Edburg of St. Louis, MO, one sister, Kathy of St. Louis, MO, two brothers, Robert Moreland of Caledonia, MO, Timothy Moreland of Belgrade, MO and by many grandchildren and great grandchildren. In addition to his parents John was also preceded in death by one daughter, Elizabeth Edburg and one sister, Karen Moreland.
John had served his country in the United States Army having enlisted on November 27, 1967, in St. Louis, Missouri. He served in the Vietnam Campaign. John was awarded the National Defense Service Medal, the Vietnam Service Medal and the Vietnam Campaign Medal. He received an honorable discharge on November 26, 1973.
John was a member of the House of Faith Church in Caledonia, Missouri, where he greatly enjoyed his church family and services.
John had a great love for the many gifts of Mother Nature, he especially enjoyed spending time hunting and fishing. His love for Faye brought him an extended family of children, John and Faye had a great love for their children and always enjoyed family gatherings.

To order memorial trees or send flowers to the family in memory of John Moreland, please visit our flower store.