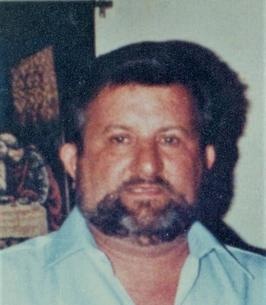 Jerry Arnold Merritt of Belgrade, Missouri was born June 18, 1941 in Courtoise, Missouri a son to the late Lewis and Nellie Merritt. Jerry departed this life Sunday, February 28, 2021 having reached the age of 79 years, 8 months and 10 days.
Jerry was united in marriage to Mary Elizabeth (Coleman) Merritt and they shared many precious memories together.
Jerry is survived by his loving wife, Mary; daughter, Linda Laws of Farmington, Missouri; son, Joseph Boyer and wife Beth of Belgrade, Missouri; sisters, Shirley Link of St. Louis, Missouri, Sharron Lawson of Potosi, Missouri, many grandchildren, great grandchildren, nieces, nephews, other relatives and friends.
In addition to his parents, Jerry was preceded in death by his daughters, Kathy Merritt, Sandy Merritt; brothers, Jack Merritt, Billy Merritt, Glen Merritt, Kenneth Merritt, Frank Merritt, Jemmy Merritt, John Merritt and sister Hattie Hicks.
Jerry was a hard worker and did not quit until the sun went down. He spent hours working outside his home cutting grass and making sure everything was well manicured. He greeted those he met with a firm hand shake and kept his word. He loved his family with all his heart and he cherished the time they spent together. His memory will be forever treasured by the lives he touched.
To order memorial trees or send flowers to the family in memory of Jerry Arnold Merritt, please visit our flower store.