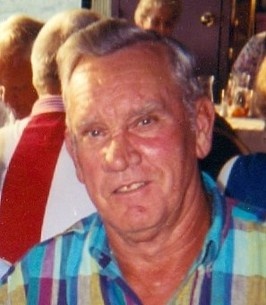 Neil David Merrill of Irondale, Missouri was born July 12, 1935 in Irondale, Missouri a son to the late Alfred D. Merrill and Grace (Mallow) Merrill. Neil departed this life Friday, May 22, 2020 having reached the age of 84 years, 10 months and 10 days.
On December 19, 1953 Neil was united in marriage to the late Erma Elizabeth (Harding) Merrill and they were blessed with fifty-eight years together.
Neil is survived by his daughters, Neila Crane and husband Bob of Irondale, Missouri, Carolyn Simily and husband Fred of Terre du Lac, Missouri; sons, Larry Merrill and wife Lori of Terre du Lac, Missouri, Dennis Merrill and wife Sue of Park Hills, Missouri, Mark Merrill of Irondale, Missouri and friend Karen Conrad of Perryville, Missouri; two sisters, Marilyn Ferrell and husband Lester of DeSoto, Missouri, Carol Wood and husband Larry of Festus, Missouri; eleven grandchildren: Lindsey, Dustin, Matt, David, Daniel, Lori, Jared, Jill, Mark, Jr., Andy, Neil; twenty-one great grandchildren: Lincoln, Louie, Caden, Cambrey, Cruz, Drew, Daxton, Dirk, Jase, Jack, Ellie, Carley, Makayla, Maylee, Madalynn, Makenzie, Michael, Mason, Morgan, Wyatt Devin; special niece, Ruth Ann Yount; special care giver, Debbie Province and many nieces, nephews other relatives and friends.
In addition to his parents and loving wife, Neil was preceded in death by his daughter-in-law, Lorrie Merrill; two brothers, Robert Merrill, Lynn Merrill and half-brother, Ivan Ray Robinson.
Neil was a friend to all and never met a stranger. He was a lifetime member of the Irondale First Baptist Church and the Irondale Masonic Lodge #143 for over 50 years. He had a strong work ethic and was contentious about his work, always ensuring it was the best quality. He enjoyed being outside hunting, fishing, farming and following his grandchildren around to their activities. He considered the Blue Haven Café to be a second home where he loved visiting with his friends and the Spier family. He took many trips to the South Padre Island in Texas with his wife Erma and considered them some of the most treasured years. His hard work ethic, love, friendship and dedication to his community will be greatly missed by all.
In lieu of flowers, memorial donations may be made to the Irondale First Baptist Church Gymnasium.

To order memorial trees or send flowers to the family in memory of Neil David Merrill, please visit our flower store.