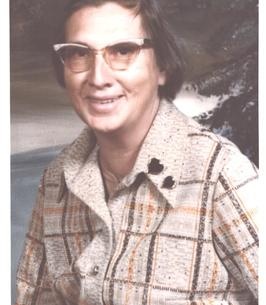 Mary was united in marriage to Elvas Emery McMahan on October 25, 1952 in Old Mines, Missouri, Elvas preceded her in death on September 26, 1964.

To order memorial trees or send flowers to the family in memory of Mary "Mas" McMahan (Pashia), please visit our flower store.