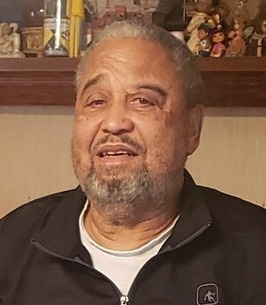 James Donald McGuire of Potosi, Missouri was born January 12, 1942 in Potosi, Missouri a son to the late John McGuire and Naomi (Boyd) McGuire. James departed this life Friday, February 26, 2021 having reached the age of 79 years, 1 month and 14 days.
On August 29, 1970, James was united in marriage to the late Silverine Louise McGuire and they were blessed with seventeen years together. Silverine preceded James in death on May 28, 1988.
James is survived by his daughters, Cynthia Schaefer and husband Randy of Florissant, Missouri, Kimberly Douthit of Hazelwod, Missouri; sisters, Rhonda Walton of Potosi, Missouri, Pauline Douthit of Potosi, Missouri, Glenda McGuire of St. Louis, Missouri, Helen Blanks and husband Ray of Potosi, Missouri; brother, Harvey McGuire of Potosi, Missouri; grandchildren, Randy, Blake, Andrew, Douglas, Christopher; great grandchildren, Christopher, King, Tamairs, special niece, Christine Douthit and many nieces, nephews, other relatives and special friends.
In addition to his parents and loving wife, James was preceded in death by his son, James Donald McGuire, Jr.; sisters, Ophelia Penny, Mary McGuire; brothers, John Othel McGuire and Anthony McGuire.
James lived life to its fullest and treated every one he met like a close friend. He proudly served in the United States Air Force from 1961-1968. He loved being outdoors enjoying the many gifts of Mother Nature such as hunting, fishing and never missed a football game on TV. He enjoyed lottery games and visiting with his friends and family. He always took time to help those in need and his memory will be treasured by those who loved him.

To order memorial trees or send flowers to the family in memory of James Donald McGuire, please visit our flower store.