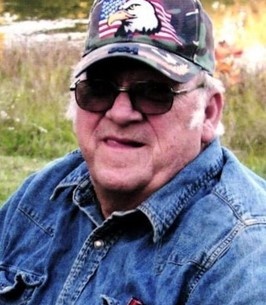 Harold Alvin McClintock, Sr. of Irondale, Missouri was born July 29, 1942 in Irondale, Missouri, a son to the late Harry McClintock and Lulu (Hull) McClintock. Harold departed this life Monday, December 21, 2020 having reached the age of 78 years, 4 months and 22 days.
On January 22, 1977 Harold was united marriage to the late Linda (Palmer) McClintock and together they were blessed with over thirty wonderful years of marriage and many happy memories. Linda preceded Harold into Heaven on November 21, 2015.
Harold is survived by his daughters, Amy McClintock and Kyle Pirtle of Irondale, Missouri, Janice McClintock of Irondale, Missouri; son, Tim McClintock and wife Jeanna of Caledonia, Missouri; brother, Melvin McClintock and wife Lillie of Irondale, Missouri; twelve grandchildren, Rachel, Kodiak, Ashton, Tristin (Cole), Landyn, Madesyn, Amber, Ray Ray, Gary, Kastyn, David, Kaylie; eight great grandchildren; niece, Neysa Davis and many other relatives and special friends.
In addition to his parents and loving wife, Harold was preceded in death by a son, Dennis “Ray” McClintock; brother, Virgil (Peggy) McClintock; sisters, Anna Lee (Robert) Taylor, Norma Belle (James) Winch and his first wife, Georgia McClintock.
Harold was a loving husband, father, brother, grandfather and friend. Harold was a proud veteran of the United States Army, serving from 1963-1966, and a longtime member of the Irondale Masonic Lodge A.F.& A.M. He had a passion for the outdoors and took many hunting and fishing trips with friends and family. He loved the quality time he spent with his brother and cherished every moment they spent together. His family was his rock and he loved to spoil his grandchildren. He was their number one fan and never missed any of their games. He will be deeply missed by all who loved him.

To order memorial trees or send flowers to the family in memory of Harold Alvin McClintock Sr., please visit our flower store.