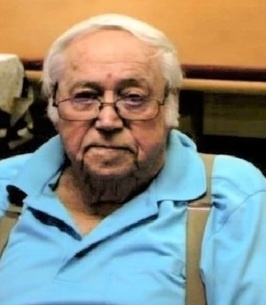 George Melvin McClintock, known by family and friends as “Melvin”, was born November 29, 1934 in Irondale, Missouri, a son to the late Harry McClintock and Lulu (Hull) McClintock. Melvin departed this life Thursday, January 27, 2022 having reached the age of 87 years, 1 month and 29 days.
On April 9, 1960, Melvin was united in marriage to Lillie (Ross) McClintock and together they happily raised their children and shared many wonderful memories.
Melvin is survived by his loving and devoted wife of 61 years, Lillie; daughter, Melissa Davis of Ellington, Missouri; son, Jeffrey McClintock of St. Cloud, Florida; grandchildren, Amber, Jennifer, Brian, Tonya and Crystal, who was raised in the home of Lillie and Melvin. Also surviving, are 13 great grandchildren, 6 great great grandchildren and many other relatives and dear and special friends.
In addition to his parents, Melvin was preceded in death by his son, John Melvin McClintock; granddaughter, April Hensley; daughter – in- law, Deanna McClintock and son –in-laws, Thomas Hensley and Robert Davis.
Melvin was a proud veteran of the United States Navy, having served from 1954-1962. He loved to share stories of his time in the Navy to his friends and family. He was a member of the Irondale Lodge AF& AM for 50 years. He also loved hunting, fishing and was a St. Louis Cardinals fan. He was a social butterfly and worked for Disney World for 12 years. Interacting with guests and seeing the smiles on the faces of children brought him great joy. Family was most important to him and spending time with them was precious. He will be deeply missed by those who loved him.

To order memorial trees or send flowers to the family in memory of George Melvin McClintock, please visit our flower store.