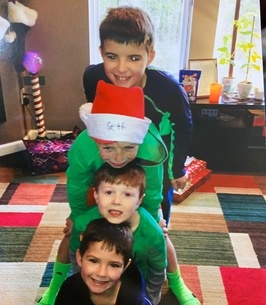 Harold Kent Maxwell, known by all as “Kenny”, of Potosi, Missouri was born August 3, 1949 in Ironton, Missouri, a son to the late Leonard Maxwell and Alberta (Courtois) Maxwell. Kenny departed this life Friday, January 15, 2021 having reached the age of 71 years, 5 months and 12 days.
On October 5, 1974, Kenny was united in marriage to Terry (Price) Maxwell and they happily raised their children and shared forty-six years together.
Kenny is survived by his loving wife, Terry of Potosi, Missouri; sons, Bryan Maxwell and wife Cheryl of Potosi, Missouri, Nicholas Maxwell and wife Laura of Imperial, Missouri; daughters, Emily Lewis and husband Marshall of Potosi, Missouri, Shonie Maxwell of Irving, Texas; brothers, Sam Maxwell and wife Marsha of Madris, Oregon, Murphy Joe “Butch” Maxwell and wife Thelma of Cadet, Missouri; sisters, Karen Gardner and husband Carl of Liberty, Missouri, Sharon Arndt of Potosi, Missouri; sisters-in-law, Mary Coleman and husband Jim of Cadet, Missouri, Barbara Boyer and husband Danny “Tar” of Cadet, Missouri, brother-in-law, Bob Portell of Potosi, Missouri; grandchildren, Josiah, Seth, Blayne, Luke; great great niece, Hadley Marie Cantrell; special friend, Carissa Skiles; loving church family and many nieces, nephews, other relatives and special friends.
In addition to his parents, Kenny was preceded in death by his uncle, Ralph Maxwell; in-laws, Alice Portell, John D. Price, Barbara “Susie” Price, Benjamin Price, and Gloria Price.
Kenny was a hard worker who, whenever he put his name on something, he gave one hundred-ten percent. He worked his whole life and passed his work ethic onto his children. He held many jobs including Purcell, AMAX and was the proprietor of two businesses, K&T Lanes and The Red Bird Café. His most fulfilling job yet was head driver for the Pam Dudley Center.
Kenny was saved and baptized and gave his heart to the Lord and was “blessed” with a wonderful wife and children who love him and will carry on his love for music and Christ. Kenny loved to play cards (Texas Hold’em), singing, worshipping the Lord, growing and eating garden fresh tomatoes, laughing, being with his family and watching westerns and baseball games.
When Kenny was younger, he played in a country band called Sounds of Country. He was a lead singer, bass and acoustic guitar player and passed on his love for music to his children. He used his remaining musical talents by singing and playing in the Pleasant Hill worship team. He coached baseball for several years and loved to bowl. He taught lots of people these sports and enjoyed doing so.
His wish would be for everyone to give their heart and life over to the Lord, and to feel the joy and peace he felt. He shared his love for the Lord every chance he got and didn’t hesitate to give God the credit for changing his heart, until his last breath he sang His praises. In his last days on this earth he continued blessing others with his smile, sweet sprit and praying for others.

To order memorial trees or send flowers to the family in memory of Harold Kent "Kenny" Maxwell, please visit our flower store.