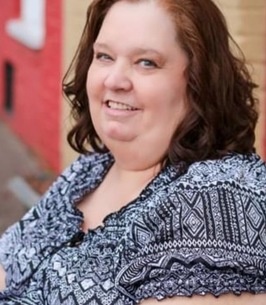 For anyone who knew Anita, knew very well that her family was her top priority, and always came first. The special bonds that she had with each one of her children and grandchildren were very unique and endless. No matter the reason her home was open, or a phone call to be made to those who were seeking wise advice. Anita was not just a mother, grandmother or a friend. She was the matriarch to the family. She kept the family together when the days were great and when the world seemed to be falling apart. Anita “Mom” wasn’t always just a mother to her children by birth, she was also a mother figure to a few when she didn’t have to be. She loved being a mother, a grandmother and she cherished her friendships.

A couple of her favorite pass times were posting her unfiltered opinions on the “What’s going on.” Section of Facebook. As well as watching her birds play and eat in the feeders. (All of the boys had been warned about shooting at them.) Anita enjoyed going on trips, but she always had to be the pilot in every vehicle. She loved to spoil her grandchildren with attention and loved them endlessly.

Anita has touched the hearts of so many people in her short 60 years. She is going to be missed by anyone who was blessed to know and love her. On behalf of our family, we are forever grateful for the prayers, phone calls, text and generous donations of food and the love that has been showered upon us. Mom loved everyone endlessly, and she will see us all again someday. Thank you and God bless you all.

To order memorial trees or send flowers to the family in memory of Anita Gail Martinez (DeClue), please visit our flower store.