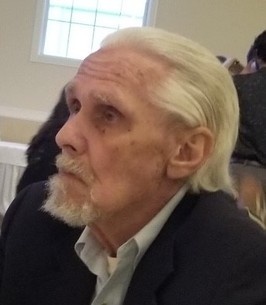 James Fred Martin of St. Louis, Missouri was born January 2, 1945 in Caledonia, MO a son to the late Lenuel Martin and Winfred (Taylor) Martin. James departed this life Thursday, April 16, 2020 having reached the age of 75 years, 3 months and 14 days.
James is survived by one brother, Harold Martin and wife Deborah of Potosi, Missouri; two sisters, Janet Boehm and husband Randy of St. Louis, Missouri, Shirley Clark and husband Bruce of St. Louis, Missouri; sister-in-law, Betty Martin of St. Louis, Missouri and many nieces, nephews other relatives and friends.
In addition to his parents, James was preceded in death by one brother, Leonard Martin, Sr. and Georgia Minor.
James proudly served in the Army National Guard from 1965-1971. He was a hard worker and didn’t quit until the job was done. He treated everyone like a close friend and was always there to help when needed. The compassion and kindness he shown to all will be greatly missed.

To order memorial trees or send flowers to the family in memory of James Fred Martin, please visit our flower store.