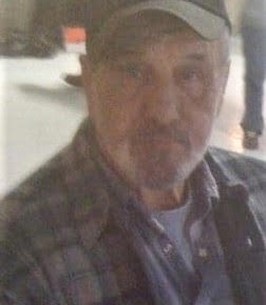 Herbert Edward Littrell of Fletcher, Missouri was born January 30, 1947 in Richwoods, Missouri, a son to the late William Oscar Littrell and Elsie May (Vest) Littrell. Herbert departed this life Wednesday, December 2, 2020 having reached the age of 73 years, 10 months and 2 days.
Herbert is survived by his wife in heart, Sharon McCrary of Fletcher, Missouri; sisters, Betty Bradley and husband George of De Soto, Missouri, Laverene Thurmond of Potosi, Missouri, Rita Grow of Potosi, Missouri; brothers, Willard Littrell of Union, Missouri, Ray Littrell of Richwoods, Missouri, Art Littrell of Potosi, Missouri, Kenny Littrell and wife Sally of Richwoods, Missouri and many other nieces, nephews, other relatives and friends.
In addition to his parents, Herbert was preceded in death by his sisters, Barbara Williams, Opal McClusky, Margie Sansoucie; brothers, David Littrell and Muril Littrell.
Herbert was a loving family man who always took the time to help others. He was an avid outdoorsman and took many hunting and fishing trips with his friends and family. He collected treasures that had a special meaning to him and proudly showed them off. He loved drinking coffee, playing with his dogs, and taking care of other animals. He will be deeply missed by all who loved him.

A Memorial Service will be held Saturday, December 12, 2020 at 2PM at the Book of Acts Church in Richwoods, Missouri

To order memorial trees or send flowers to the family in memory of Herbert Edward Littrell, please visit our flower store.