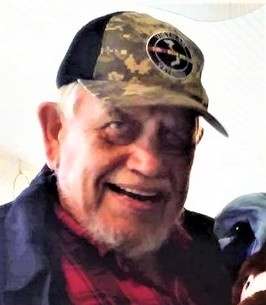 Wayne Matthew Koch of Cadet, Missouri was born October 22, 1949 in Bonne Terre, Missouri a son to the late Clarice Olivia (DeGonia) Koch and Matthew Wilford Koch. Wayne departed this life Wednesday February 17, 2021 having reached the age of 71 years, 3 months and 26 days.
On January 8, 1972, Wayne was united in marriage to Phyllis Ann (Roux) Koch and they were blessed with forty-nine wonderful years together.
Wayne is survived by his loving wife, Phyllis; son, Royce Koch and wife Tiffany of Springfield, Missouri; sisters, Karen Meyers and husband Frank of Potosi, Missouri, Deborah McGuinn and husband Marion of St. Louis, Missouri, Denise Stamos and husband Steve of St. Mary’s, Kansas; brothers, Gary Koch and wife Ginia of Cadet, Missouri, Kevin Koch and wife Debra of Cadet, Missouri, Roger Koch of Potosi, Missouri; sister-in-law, Barbara Portell of Potosi, Missouri; grandchildren, Olivia, Keith, Kinsley, Kayla and many nieces, nephews, other relatives, and friends.
Wayne was a social butterfly and always stopped to talk to those he knew. He was a proud veteran of the United States Army having served from 1970-1971. During his military service he was awarded the Purple Heart, Vietnam Service Medal, Vietnam Campaign Medal with device 60, National Defense Medal and Combat Infantry Badge. He remained loyal to his country throughout his life. He was active in his community and was a member of the Potosi Elks Lodge #2218, Knights of Columbus in Old Mines, De Soto Amvets and the De Soto VFW #1651. In his leisure time, he loved being outside enjoying the many gifts of Mother Nature. He also enjoyed camping and hunting with his friends and family. He touched many lives and was a true friend and patriot. He will be deeply missed by those who had the honor of knowing him.

To order memorial trees or send flowers to the family in memory of Wayne Matthew Koch, please visit our flower store.