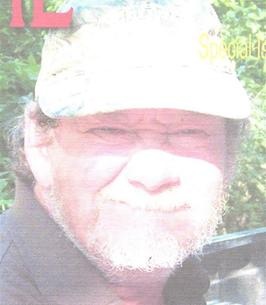 William “Bill” King of Ironton, Missouri, was born November 15, 1951, in Potosi, Missouri, a son of the late Willis “Boob” Ambros and Martha Rose (Trokey) King. Bill departed this life December 2, 2018, having reached the age of 67 Years and 17 Days.
Bill is survived by one daughter, Marirose Jacobsmeyer of St. Louis, MO, one brother, Jimmy King of North Carolina, and by many nieces, nephews, other relatives and friends. In addition to his parents Bill was preceded in death by one sister, Ruby Gibson and seven brothers, Richard King, Jeff King, Terry King, Raymond King, Gary King, Perry King and Danny King.
Bill enjoyed the many gifts of Mother Nature especially while hunting and fishing. You could always find him working on old vehicles, tinkering to make them better. He would relax watching television.

To order memorial trees or send flowers to the family in memory of William "Bill" King, please visit our flower store.