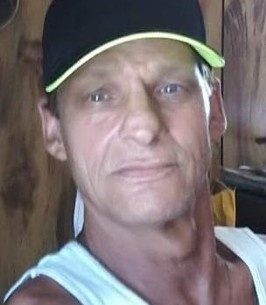 Tony Lynn Kean of Mineral Point was born May 2, 1964 in Mineral Point a son to the late Albert Kean and Shirley (Chaney) Kean. Tony departed this life Thursday, December 30, 2021 having reached the age of 57 years, 7 months and 28 days.
Tony is survived by his daughters, Krista Bourbon of Potosi, Kristy Bourbon of Potosi; son, Anthony Gegg of Potosi; brother, William “Artie” Kean of Potosi, sisters, Mary Minchue of Lees Burg, Missouri, Judy Martin of Potosi, Rita Zeisler of Potosi, Gloria Benson; 11 grandchildren; dear special friend Kimberly and many nieces, nephews, other relatives and friends.
In addition to his parents, Tony was preceded in death by his brothers, Albert Eugene Kean, Steve Franklin Kean, Larry Lee King, Butch Kean, Ronnie Kean, Kenny Kean and sisters, Tammy Kean and Janet Kean.
Tony loved the outdoors and took many fishing trips with friends and family. He was always tinkering with engines on cars, trucks and lawn mowers. He had a brilliant mind and knew how to communicate with people and was the master of “wheeling and dealing. He kept his family close to his heart and always made sure they were taken care of. He will be deeply missed by those who loved him.
To order memorial trees or send flowers to the family in memory of Tony Lynn Kean, please visit our flower store.