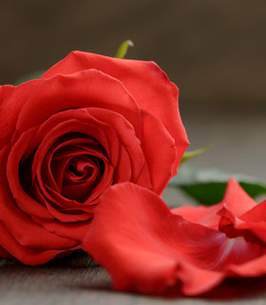 Ina Lou Jarvis (Ives) of Pevely, Missouri was born October 2, 1930 in Irondale, Missouri a daughter to the late Christopher Carl Ives and Estella Genevieve (Horton) Ives. Ina departed this life Wednesday, July 1, 2020 having reached the age of 89 years, 8 months and 29 days.
On December 30, 1950 Ina was united in marriage to the late Ronald Jarvis and together they were blessed with 69 years of marriage.
Ina is survived by her daughters, Kerry Jarvis and Jena (Jarvis) Green; son, Richard (Penny) Jarvis; ten grandchildren: Joshua (Gina) Jarvis, Jennifer Coverdell, Emily (Eric) Kliolz, Andrew Mulqueen, Elizabeth (Jeramie) Bay, Joseph Bay, Kristin Green, Michael Veliz, Samantha Jarvis, Jacob Jarvis; thirteen great grandchildren and many nieces, nephews other relatives and friends.
In addition to her parents and loving husband, Ina was preceded in death by two children, Rhonda (Jarvis) Bay, Jeffery Jarvis and grandchild, Benjamin Mulqueen
Ina was a kind a kind and caring person always having others in her prayers. She was a devoted member of First Baptist Church of Horine and was active in many organizations such as the Irondale Order of the Eastern Star. She was the District Deputy Grand Master for 1993 and Worshipful Master 15 times. She loved her family with all her heart and she will be greatly missed.
Services will be held at First Baptist Church of Horine August 2, 2020 at 2PM for Ina and Ronald Jarvis.

To order memorial trees or send flowers to the family in memory of Ina Lou Jarvis (Ives), please visit our flower store.