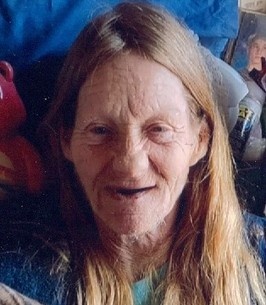 Lola Fay Jackson of Potosi, Missouri was born December 8, 1960 in Potosi, Missouri a daughter to the late Rosey Elizabeth (Stroupe) Skaggs and Samuel Jesse Jackson. Lola departed this life Wednesday, February 17, 2021 having reached the age of 60 years, 2 months and 9 days.
Lola is survived by her son, Lee King of Potosi, Missouri; sisters, Dorothy “Dottie” Lashley of Jackson, Missouri, Bessie Jackson of Jefferson City, Missouri, Dollie Fullbright of Salem, Missouri; brothers, Jake Jackson of Columbia, Missouri, William Jackson of Sikeston, Missouri, Donald and Glenna Lampkey of Boss, Missouri and many nieces, nephews, other relatives and friends.
In addition to her parents, Lola was preceded in death by her brothers, Jessie Lampkey, Andrew Stroupe, Jerry Stroupe; sisters, Edna Lampkey, Betty McDonald, Kathern Jackson; father of her children Larry King, Sr. and a grandchild.
Lola had a smile that could light up a room. She lived life to its fullest and appreciated the little things in life. She loved baby animals, riding motorcycles, cooking, drinking coffee and going to church. On warm days she would be outside taking care of her flower garden or riding motorcycles. She was a big fan of Conway Twitty and knew every one of his songs. Most of all, her family was her rock and she loved them with all her heart. Her contagious smile and loving heart will be deeply missed.

Memorial Donations may be made to the family.

To order memorial trees or send flowers to the family in memory of Lola Fay Jackson (Jackson), please visit our flower store.