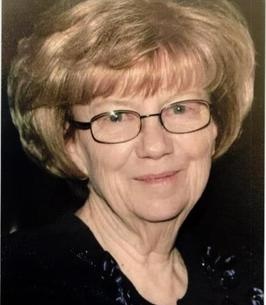 Susan Huff, 84, longtime resident of Potosi, Missouri, died peacefully on Wednesday, February 2, 2022, after battling complications of Alzheimer’s disease. She was surrounded by family.

Susan began piano lessons at an early age and shared the joy she found in music with others throughout her life. She started playing the piano at the Potosi Southern Baptist Church at 13 years of age. She continued as a musician at the church and served as the church organist in the early 1970s, playing for countless weddings, funerals, cantatas, and church services for well over 50 years.

In 1954, Susan married Everett Huff, and they had five children, Nancy Lee, Alan Joseph, John Michael, Julie Marie, and Amy Elizabeth Huff. She and Everett celebrated sixty-seven years of marriage. Susan was an active member of the Potosi community. She graduated from Potosi High School, taught Sunday School for three- and four-year-olds for decades, organized annual church homecomings, and served on the Potosi Park Board. She was both a Cub Scout and Girl Scout leader, organizing the Blue and Gold Banquet and a few cookie drives. She was surprised one year when a literal semi-truck of cookies was delivered to her dining room to warehouse for local delivery.

After putting five children through college, Susan returned to school and graduated in 1992 with a Bachelor of Science in Elementary Education from Central Methodist University. She taught fifth grade in the Kingston K-14 School District in Washington County. Susan was preceded in death by her parents; her loving stepfather, Alfred Joseph Weiss; and beloved aunt, Helen Irene (Rene) Evans.

A Celebration of Life Service will be held Summer of 2022.