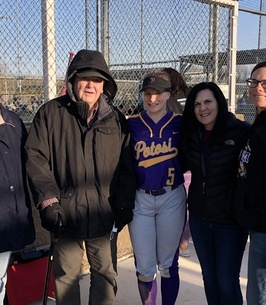 Thomas E Howell of Potosi, Missouri was born on August 30, 1940 in Hayti, Missouri a son to the late Nathan Howell and Muriel (Wilson) Howell. Thomas departed this life on Thursday, October 21, 2021 having reached the age of 81 years, 1 month and 21 days.
On August 3, 1979, Thomas was united in marriage to Becky (Watson) Howell and together they raised their family and were blessed with 42 years.
Thomas is survived by his wife, Becky (Watson) Howell; daughters, Amy Watson and husband Dr. Darrin Watson of Searcy, Arkansas, Dawn Huck and husband Dr. Dan Huck of Potosi, Missouri; sisters, Evelyn Webster of Wright City, Missouri, Georgia Stephens and husband Shelvie of Poplar Bluff, Missouri, Brenda Bizzel and husband Jim of Poplar Bluff, Missouri; brother, Richard Howell and wife Margaret of Ellsberry, Missouri; Grandchildren, Ashley, Anna, J.T. and Sami.
In addition to his parents, Thomas was preceded in death by his son, Thomas E. Howell, Jr.; sisters, Mary Ruth Howell, Sheila Howell, Marilyn June Howell; brothers, Willard Howell, John Howell, Kenneth Howell and Ralph Truman Howell.
Thomas had a great love for his Lord and Savior, he was very committed and faithful servant. Thomas served his country in the United States Army, retiring as a major on the thirteenth day of August 2000, having served thirty two years. He was a member of the VFW post #6996, Potosi Masonic Lodge, AF & AM # 131, National Sojourners, and Heroes of 76 and a founding member of the Houston Community Betterment Organization. Thomas was very dedicated to his community and was always willing to help in any capacity possible. He was an avid reader, had a great love for aviation, he enjoyed following Cardinal Baseball and Nascar.
His greatest love and largest joy was his family. Each and every one of them brought a smile to his face and each held a very special place in his heart. He enjoyed traveling with his wife throughout the country and abroad and was always willing to load up and follow his grandchildren in all of their events.
Thomas was a man of values who held his Lord and country in the highest esteem. His family, friends and community were a daily inspiration to him. His memory will forever be in the hearts and on the minds of all who knew him.

To order memorial trees or send flowers to the family in memory of Thomas Eugene Howell, please visit our flower store.