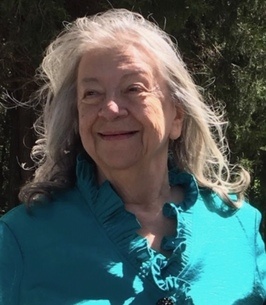 Glenda Joyce Hopkins of Cadet, Missouri departed this life Wednesday, March 6, 2019 at her home holding hands with her daughters and friends. Glenda was born May 27, 1944 in Cadet, a daughter of the late Hilda “Sissy” (Courtois) Boyer and Cecil H. Dean. Glenda was Seventy-four years, nine months and seven days of age.
Glenda was united in marriage to her grade school sweetheart, Harry A. Hopkins on March 21, 1964. They were blessed to have three daughters born to the union. Harry preceded Glenda in death on March 24, 2014.
Glenda is survived by two daughters, Jennifer Lynn “Rosie” Hopkins and Fiancé Jim of Washington, Missouri, Stephanie Jean “Punky” Hopkins-Marquart and husband Danny of Owensville; two grandchildren, Chad Hopkins of Owensville and Alex Missey and fiancé Kayla of Owensville; two great grandchildren, Adelyn Hopkins and Creed Hopkins; three sisters, Alice Dean Chambliss and husband Mike of Ramsey, Minnesota, Carolyn Thebeau Kincaid and husband Randy of Cadet, Mary Boyer Vandergriff and husband Ed of Cadet; five Brothers, Johnny Dean and wife Terry of Blackwell, Edward Dean of Dittmer, Ronald Dean and wife Sonja of Kansas City, Raymond Boyer and wife Brenda of Alverado, Texas, Vincent Boyer and wife Debbie of Cadet; sister-in-law, Carrie Hopkins of Cadet and by many other dear and special relatives and friends. In addition to her parents and husband, Glenda was also preceded in death by one daughter, Janice Maureen “Nan” Humphrey; a special friend and sister-in-law, Ann (Sis) Hopkins-Hasty, special friend Shiela Lovinger; son-in-law, Jimmie Wayne Humphrey; brother-in-law, Thomas Hopkins; sisters-in-law, Fannie Mae Price and her husband Delbert and Mildred Ann Wolk.
Glenda had a great love for her husband and daughters. Her family was the light of her life and she always made sure each was taken care of and felt like they were the most important. She was “Mother Incarnate” to the family. She enjoyed working in the garden and sharing her plants and vegetables and asking, “how can I help?”. Glenda was a graduate of the eighth grade from Belle Fountain School and a High School Graduate of the Potosi Senior High School class of 1962. She was a devout Catholic. A kind and loving lady who was always there for anyone in need. During her life she said she was Harry’s “Gofer”. She will be greatly missed and forever loved by all who knew her.

To order memorial trees or send flowers to the family in memory of Glenda Hopkins (Dean), please visit our flower store.