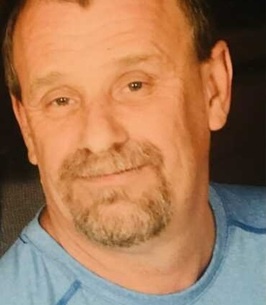 Robert Emil Hobson of Cadet, Missouri was born August 30, 1962 in St. Louis, Missouri a son to the late John Augustine Hobson and Evelyn Loraine (Coleman) Hobson. Robert departed this life Thursday, October 8, 2020 having reached the age of 58 years, 1 month and 8 days.
On March 23, 1980, in De Soto, Missouri, Robert was united in marriage to Phyllis (Emily) Hobson and they were blessed with forty wonderful years together.
Robert is survived by his loving wife, Phyllis; daughters, Amanda Ward and husband Junior, “The Big Daddy Tool Master” of Cadet, Missouri, Heather Thurman and husband Jimmy of Cadet, Missouri; son, Cord Hobson of Cadet, Missouri; sisters, Terri Lang of Farmington, Missouri, Debbie Peters and husband Mitch of De Soto, Missouri; four grandchildren: Isaiah, Matthew, Wyatt, Harper and many other relatives and friends.
In addition to his parents, Robert was preceded in death by three brothers, Johnny Hobson, Gary Hobson and Kenny Hobson.
Robert was a loving family man who lived life to the fullest. His favorite past time was watching movies with his family. He loved the outdoors, taking many fishing, camping and hunting trips with friends. His favorite place to be was by the river. His family was his pride and joy, particularly his grandchildren, and his memory will be cherished by those who loved him.
Robert left one request of all, “Love each other and live your life for the Lord,”

To order memorial trees or send flowers to the family in memory of Robert Emil Hobson, please visit our flower store.