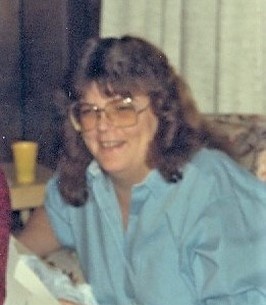 Noreen (Thurmond) Henson of Mineral Point was born on October 20, 1957 in Cadet a daughter to the late Harry Thurmond and Leona (Coleman) Thurmond. Noreen departed this life Tuesday, July 6, 2021 having reached the age of 63 years, 8 months and 16 days.
On October 3, 1980, Noreen was united in marriage to Randall Henson and they were blessed with many years together.
Noreen was survived by her loving husband, Randall Henson; sons, Mike Thurmond and wife Vicki of Cadet and their children, Katie (Tori), Andrew (Olivia) and their children Alexis and Tucker, Marisa; Randy Henson and wife Sara of Mineral Point and their daughter Samantha; Brittany Henson of Mineral Point and daughter, Madelynn; brother, Steve Thurmond and wife Marsha of Mineral Point; sisters, Judy Thurmond of Farmington, Alicia Nash and husband Gary of Middle Brook, Benita “Bunny” Henson of Farmington; mother-in-law, Gloridene Henson of Mineral Point; In-laws, Wendy Adams and husband James of Branson, Tammy Nash and husband Ty of Branson and Crystal “Bubba” Benson of Potosi and many other nieces, nephews other relatives and dear and special friends.
In addition to her parents, Noreen was preceded in death by her brother, Edward (Eddie) Thurmond.
Noreen was a very kind and caring person to all that knew her. She treasured spending time with her family and friends. She had a passion for horseback riding. She enjoyed crafting, card playing and board games. She enjoyed baking cookies and making candy for the holiday. She will be greatly missed by those who loved her

To order memorial trees or send flowers to the family in memory of Noreen Henson (Thurmond), please visit our flower store.