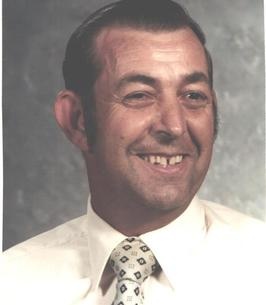 Coach Wayne Hensley of Potosi, MO was born December 14, 1940 in Braggadocio, MO a son to the late Clinton Garfield Hensley and Bessie Vienna (Southard) Hensley. Coach passed away at his residence with his loving family by his side, Wednesday, September 4, 2019 having reached the age of 78 years, 8 months and 21 days.
On September 8, 1962 Wayne was united in marriage to Betty Sue Willoughby in Vicksburg, MS and they shared 56 wonderful years together.
Wayne is survived by his loving wife Sue, two daughters: Pamela Burnett and husband Kenny of Theodosia, MO, Judith Hensley of Potosi, MO, one son Michael Hensley and wife Michele of Cedar Rapids IA, one sister, Dorothy Brindley of Chicago, IL, In-Laws: Marie Foth of Barstow, CA, Agnus Hinton and husband Thomas of Wheeling, WV, Allen Willoughby and wife Patty of Kerrville, TX. Seven grandchildren: Joshua Cassidy, Paul McNew, Chris McNew, Anna Hensley-Guevara, Rebecca Bramblett-Wiggins, Brandon Bramblett and fiancé Sarah Stolte, Brittany Hensley and fiancé Julian Hicks, nine great grandchildren: Jaden, Riley, Zoey, Alexander, Kyla, Kyra, Daisy, Gatlin, and Elena.
In addition to his parents, Wayne was preceded in death by four brothers: Jim Hensley, Roy Hensley, Bill Hensley, Loyad Hensley and one sister, Lillian Jones.
Wayne was a devoted, loving husband and father. Wayne’s belief in Christ led him to be a caring, giving man towards both family and community. He dedicated his life to educating the youth. Coach was a 1965 graduate of Louisiana College. After college, he taught for three years at a public school and seven years at a private school in Tallulah, LA. In 1973, Coach came to Potosi and was the freshman, seventh and eighth grade boys’ basketball coach. He also taught Drivers Ed and P.E. before retiring in 1999. Coach loved his students and sharing his knowledge with the youth. His love and devotion will be missed by not only his family, but the community he proudly served. In lieu of flowers, memorial donations may be made to the American Heart Association.

To order memorial trees or send flowers to the family in memory of Coach Wayne Hensley, please visit our flower store.